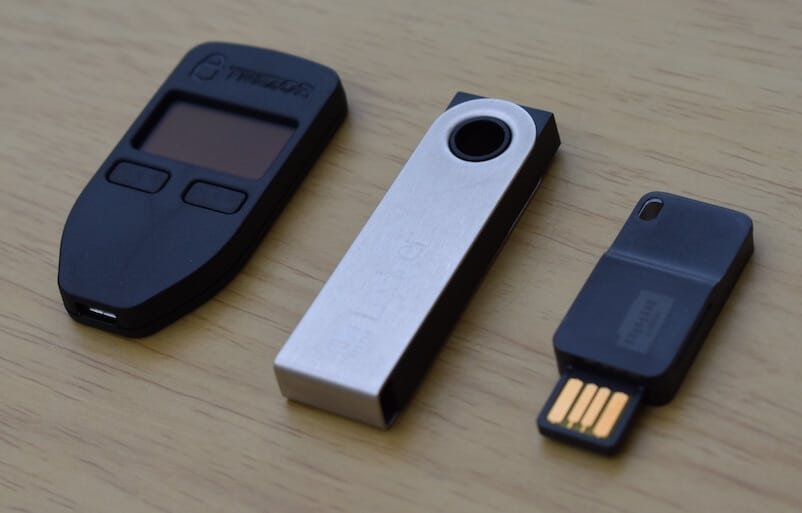 Hardware wallets are popular and well-recommended across the crypto-sphere. The best options all make it simple and easy to securely store and use Bitcoin (BTC), Ethereum (ETH), Litecoin (LTC), and many more cryptocurrencies.

But what’s the BEST hardware wallet in 2021?

In this post, I’ve ranked my favourite cryptocurrency hardware wallets after hands-on testing with every single one.

What Is a Hardware Wallet?

Hardware wallets are devices where you can securely store (and use) your cryptocurrency.

They isolate the sensitive information (your private keys) on the device itself. This information never leaves the device. When you do want to make a transaction, you’ll be required to physically confirm the details on the device. Nothing can happen unless you authorise it through these gadgets.

Hardware wallets aren’t as convenient as mobile and desktop wallets, but they’re much more secure. Because of this, they’re suitable for securing the majority of your crypto-portfolio.

“…right now, securing [cryptocurrency] private keys is one of the biggest hurdles to mainstream adoption. As it stands today, the process of creating and properly storing these keys is extremely arduous and stressful.”

Hardware wallets make this whole process simple enough that even non-technical users can (confidently) secure their cryptocurrency. Because of this, they’re popular and well-recommended across the crypto-sphere. With hardware wallets, it’s difficult to go wrong.

Hardware wallets aren’t free. But many consider them worth the investment for the ease, convenience, and peace of mind that they offer.

But what’s the best hardware wallet for you? 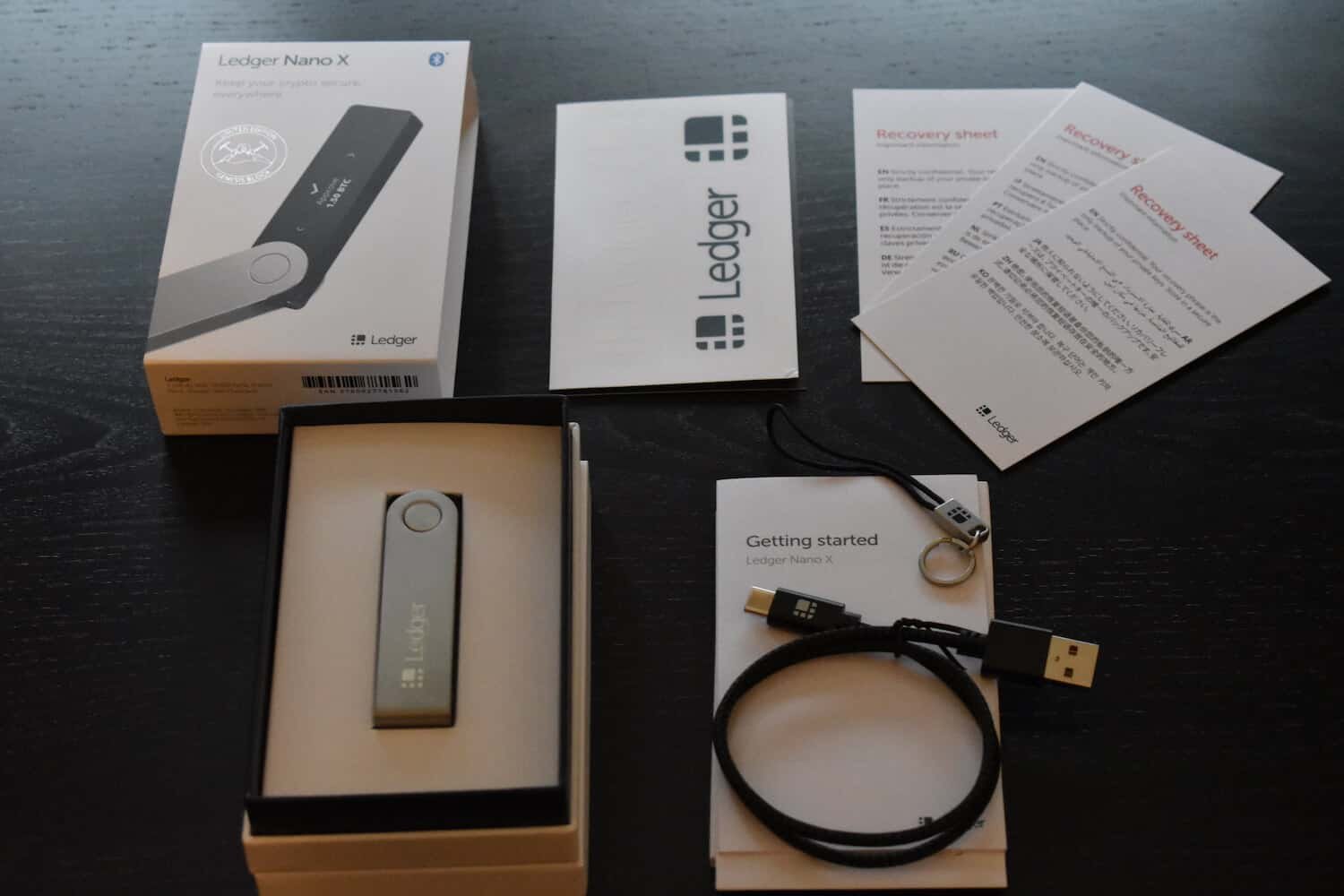 Without a doubt, the Ledger Nano X is the best cryptocurrency hardware wallet which is currently available.

While it’s near twice the price of its predecessor, the Ledger Nano X is worth it.

There’s no better hardware wallet on the market right now.

Find out more by reading my full review or visiting the official website.

Over 1.5 million Ledger Nano S hardware wallets have been sold across 165 countries since it was launched in 2016. It was the first CSPN certified hardware wallet on the market too.

It’s only continued to get better since its release. Just like the Ledger Nano S, it supports loads of cryptocurrencies, including Bitcoin (BTC), Ethereum (ETH), Litecoin (LTC), Bitcoin Cash (BCH), Dogecoin (DOGE), and every ERC-20 token. Support for many more is in progress.

They’ve also revamped the wallet interface with the release of Ledger Live. Apart from looking being less cumbersome, you’re now able to manage many cryptocurrencies from within a single easy-to-use app.

The best part? It’s an affordable cryptocurrency hardware wallet – even if you’re on a budget (£54.50 incl. shipping).

The Ledger Nano S is popular and well-recommended for good reason. After a recent price drop, it’s only become a more value-packed option to purchase. 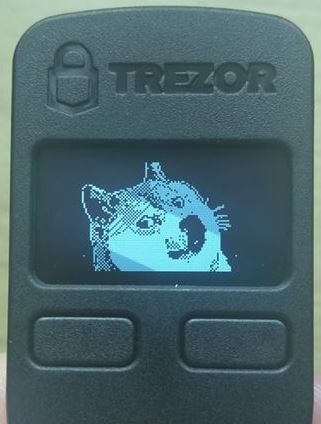 The Trezor (aka Trezor One) was the world’s first bitcoin hardware wallet. It was released in 2014 by SatoshiLabs and remains an excellent choice in 2021.

While the Trezor itself looks and feels cheap, the wallet interface is fantastic.

It’s easy to use and allow you to manage many of the supported cryptocurrencies from within a single application (offering a fluid experience). I still prefer it over Ledger Live.

After a recent price drop, the Trezor is cheaper than the Ledger Nano S. It’s a close second to the Ledger Nano S, mainly because it supports fewer cryptocurrencies and the device itself feels clunkier to use.

Regardless, the Trezor One remains well-recommended and popular in the crypto-sphere. It’s still an excellent choice in 2021. 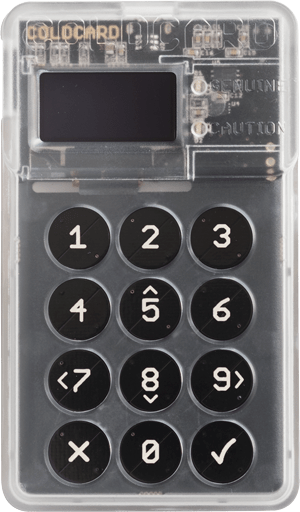 Coinkite’s Coldcard is a Bitcoin (BTC) hardware wallet which started shipping in August 2018.

This is what stood out to me:

It only supports Bitcoin (BTC). Although it is simple enough to get started with, it’s not as beginner-friendly as the Ledger Nano S or Trezor.

But if you only care about Bitcoin (BTC) support?

Then it’s an excellent hardware wallet choice. I’m not surprised it’s received tons of praise across Twitter and Reddit. 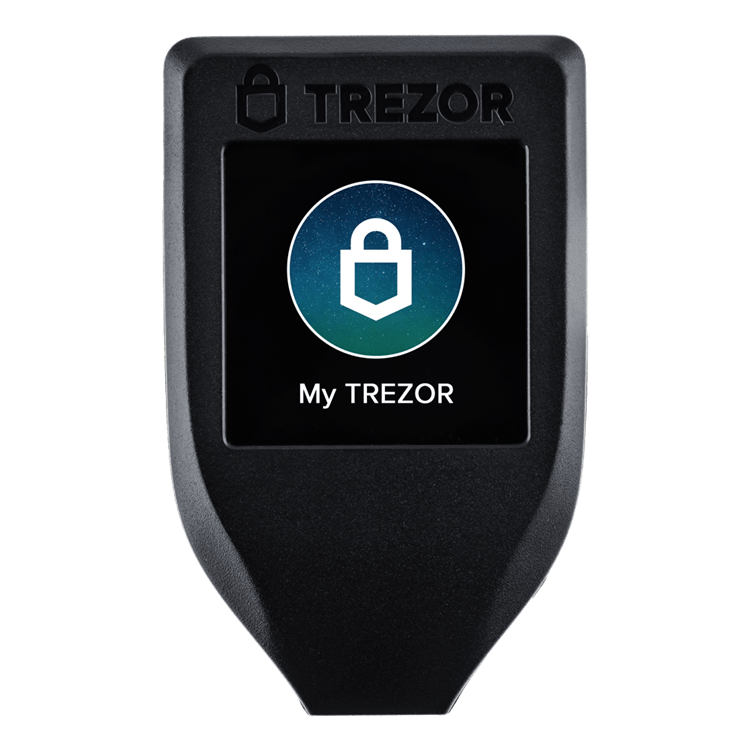 The Trezor Model T (aka Trezor T) launched in May 2018. It’s the successor to the original Trezor which:

The Trezor Model T looks and feels a lot better than the Trezor One. With the addition of a decent touchscreen, it’s easier and more intuitive to use than the Ledger Nano S or Trezor One too (which, by comparison, feel clunkier to use).

The Trezor Model T also uses a new operating system, dubbed Trezor Core. This should translate to expanded cryptocurrency support (e.g., Ripple and Monero) compared to the Trezor One.

With so much upside, what’s the catch?

Initially, I didn’t think it was.

But the more I messed around with it, the more I liked it. That’s mainly because the touchscreen makes it so much easier to use. Yes, it is the premium option – but don’t immediately rule it out because of that. 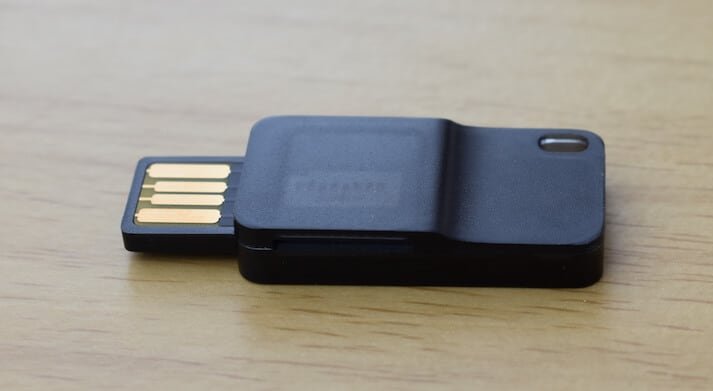 The Digital BitBox is a Swiss-made cryptocurrency hardware wallet released by Shift Devices in 2016.

It’s the most compact (45 x 18 x 7mm), lightweight (4g), and discreet (little branding) that I’ve reviewed. When I tested the Digital BitBox, I thought it was intuitive and easy to use.

It doesn’t have an on-device screen, which means you need to securely pair it with your smartphone to check transactions details. I really didn’t like this.

It also only supports Bitcoin (BTC), Ethereum (ETH), Ethereum Classic (ETC), Litecoin (LTC), Bitcoin Cash (BCH) and all ERC-20 tokens. If you’re after the widest cryptocurrency support, you’d be better off sticking with the Ledger Nano S, Trezor One, or Trezor Model T.

You can’t get this anymore. However, the new and improved version – the ‘BitBox02’ – is now available from their website.

Find Out About BitBox02 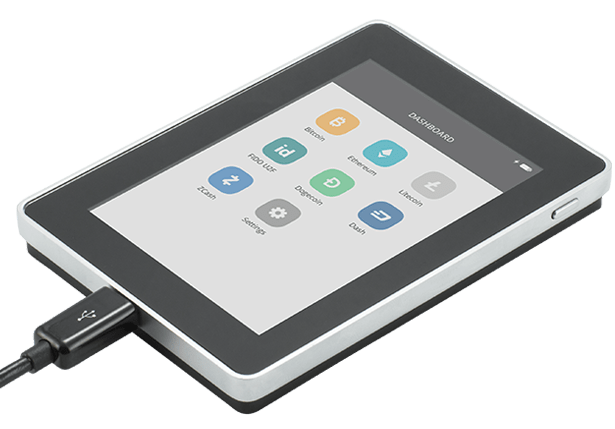 The Ledger Blue is now out of stock on the official website. If you want a Bluetooth enabled hardware wallet, check out the Ledger Nano X instead.

The Ledger Blue is a battery-powered hardware wallet with a full-colour 3.5-inch touchscreen display (320 x 480px). It supports fewer cryptocurrencies than the Ledger Nano S (about 30 & all ERC-20 tokens).

The Ledger Blue is a premium hardware wallet option, with a premium price tag to match (£249 / €284). For twice the price of the Ledger Nano S, you’d imagine it’d pack a serious punch!

But it doesn’t. I didn’t think much of it… 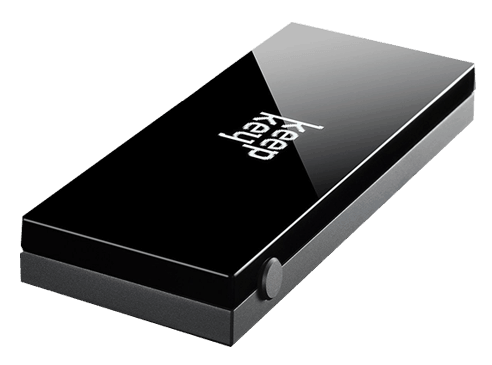 The KeepKey was released in 2015 and currently retails for about $49 (about £35 or €40). However, this excludes shipping and duty charges you might need to pay.

The KeepKey looks good (with its anodized aluminium case and polycarbonate front), but seems expensive for what it offers. Given the affordability and feature-set of their competitors, I probably wouldn’t even consider this. All of these hardware wallets are great options.

Regardless of which one you choose, you’ll gain the peace of mind that your hard-earned stack of cryptocurrency is safe and secure.

If I was recommending a hardware wallet to a friend, I’d probably point them towards the Ledger Nano X. It is a little more expensive, but it supports a ridiculous number of cryptocurrencies, and can be wirelessly connected to your smartphone via encrypted Bluetooth. Pretty cool.

Find out more by reading my full review or visiting the official store page.

But if you want the biggest bang for your buck?

Check out the Ledger Nano S. It offers incredible value for money and supports many of the popular cryptocurrencies that you’re looking to keep safe.

Thanks for checking out this list of the best hardware wallets.