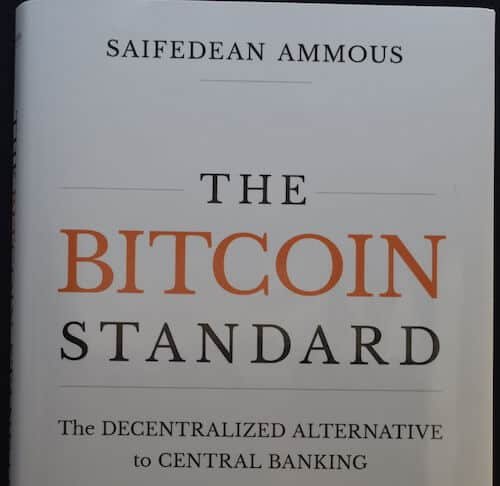 The Bitcoin Standard was a little disappointing.

About 60% of the book doesn’t even talk about Bitcoin (BTC). That would be fine if these chapters didn’t feel stretched out to fill more space, or there was a more in-depth exploration about Saifedean Ammous’ vision of where Bitcoin (BTC) is heading in the later chapters.

I did enjoy (and benefit from) reading The Bitcoin Standard but wouldn’t recommend it to everyone who is interested in Bitcoin (BTC). Read the full review to see if it’s right for you.

The Bitcoin Standard was published by Saifedean Ammous in June 2018.

At the time, it received some high praise from Bitcoin (BTC) maximalists on Twitter. I’m a little late to the party, but I threw my impressions together in this Bitcoin Standard review.

Who is Saifedean Ammous? 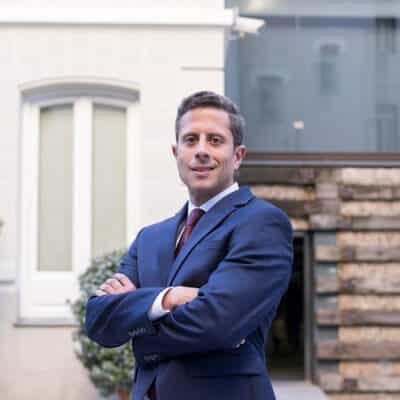 Saifedean Ammous is a Professor of Economics at the Lebanese American University and member of the Centre on Capitalism and Society at Columbia University.

His interest in Bitcoin (BTC) stemmed from his interest in Austrian economics, which he discovered while pursuing his PhD in Sustainable Development (which was in mainstream economics).

I was surprised that the first seven chapters (167 pages) don’t even talk about Bitcoin (BTC).

About 60% of the book is dedicated to exploring:

Only the last three chapters talk about Bitcoin (BTC). And when you do get there, it doesn’t dwell on the technical aspects. It focuses on the monetary properties which make it great (which builds, and benefits, from that other 60%).

Get a peek at the contents yourself by visiting the Amazon store page.

Here’s the good stuff that stood out to me.

Unfortunately, there are some notable bad points.

Where Can I Buy It?

The Bitcoin Standard is available in a number of formats (in English) on Amazon.

The Bitcoin Standard is also available in Spanish, French, Russian, Turkish, Korean, and Traditional Chinese. You can find details of where you can purchase these translations here.

I’m sad to say, but The Bitcoin Standard was a little disappointing.

I really liked the beginning of the book, as well as the final three chapters – when Saifedean Ammous gets around to discussing Bitcoin (BTC). But the middle of this book felt stretched out (and annoying at times too). With some moderate editing and empathy for the reader, he could have halved the length of this book.

Despite my disappointment, I did enjoy (and benefit from) reading The Bitcoin Standard.

But this definitely isn’t for everyone. Only pick this up if you want to start exploring Austrian economics and the characteristics that make Bitcoin (BTC) a ‘digital gold’ candidate. And if you do decide to pick it up, give yourself permission to skim chapters 4 through 7.