In this quick guide, I’m going to cover some of the cheapest and easiest ways that you can buy Axie Infinity (AXS) in the UK.

Let’s get straight to it.

Intro: Best Ways to Buy Axie Infinity in the UK

Here’s a quick overview of some popular cryptocurrency platforms where you can buy Axie Infinity (AXS) in the UK.

Scroll down to learn more about my favourite choices.

How to Buy AXS UK

You can’t directly buy Axie Infinity (AXS) with GBP on Kraken Pro, but it still works out as one of the cheapest ways to get it in the UK.

The only available markets on Kraken Pro for Axie Infinity (AXS) are:

This means you’ll have to deposit GBP into Kraken, and then convert it into EUR or USD before you can buy Axie Infinity (AXS). It takes a few steps, so it’s not that convenient/quick.

Maximum trading fees are 0.26% on Kraken Pro, but they’re slightly lower (up to 0.2%) when you’re exchanging between fiat currencies or stablecoins.

It’s also more complicated to use Kraken Pro compared to CoinJar and the Crypto.com app. 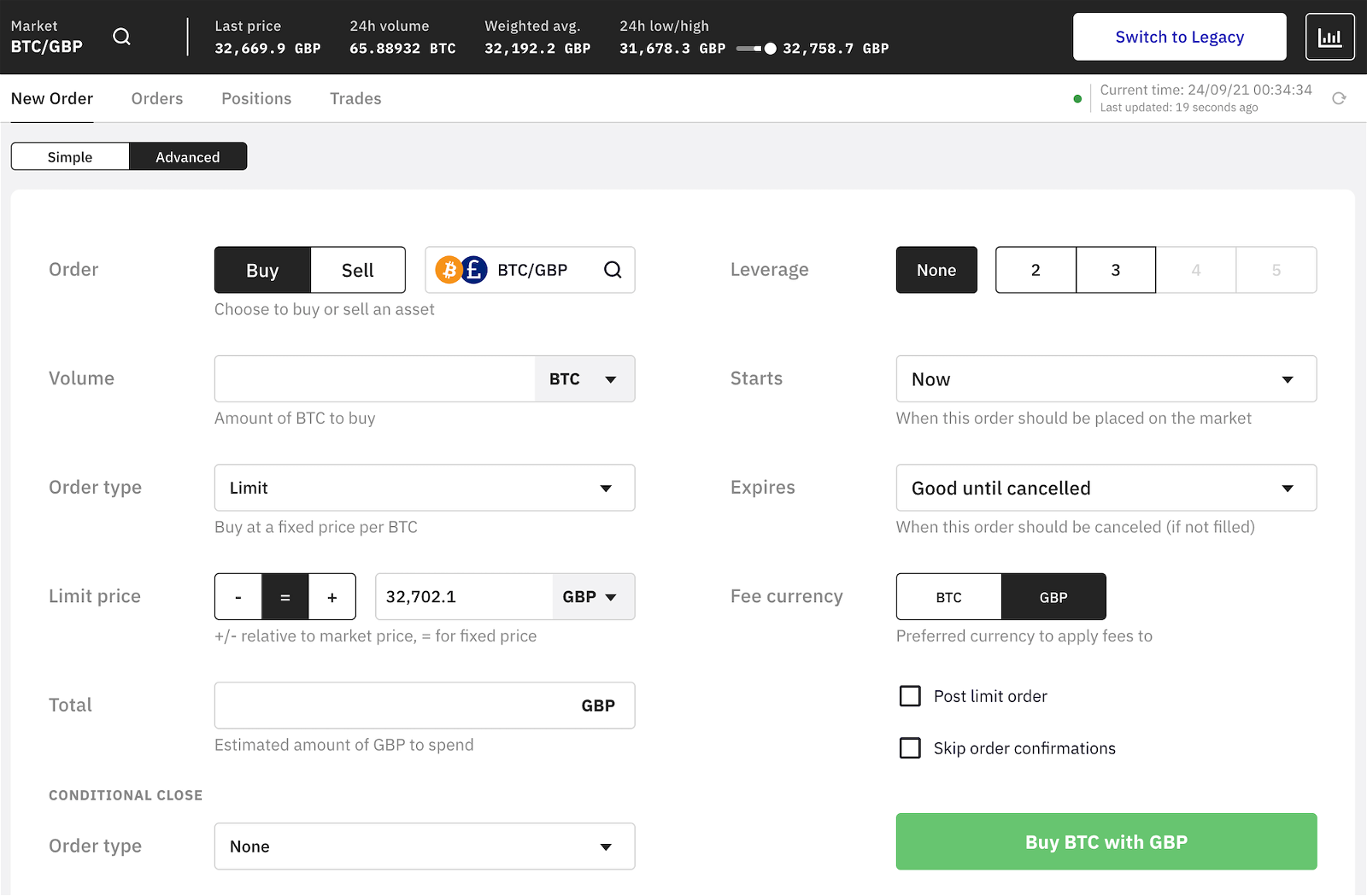 However, you’re paying about 0.5% in fees to buy Axie Infinity (AXS) on Kraken Pro – which is going to be difficult to beat.

This means you can now buy, sell, store, send, and receive a total more than 40 cryptocurrencies using CoinJar – with more being added all the time.

You can deposit GBP into your CoinJar account using a UK bank transfer for free. You can then use your cash balance to buy any supported cryptocurrency. If you take this route, you’ll pay a 1% fixed fee.

Alternatively, you can instantly buy Axie Infinity (AXS) with a credit or debit card. However, you’ll pay a 2% fixed fee instead.

In recent news, CoinJar also announced that they were the “2nd largest crypto exchange to be officially registered with the FCA” as a cryptoasset business.

The Crypto.com app currently supports a growing number of cryptocurrencies (150+), including tokens like Axie Infinity (AXS).

Unfortunately, the exchange rate you’re quoted when buying Axie Infinity (AXS) via this app doesn’t match-up with what you’d be charged when using a popular cryptocurrency exchange.

When I checked, the prices on the Crypto.com app for Axie Infinity were about 1.5% higher than on Kraken. But it varies all the time, so you’ll need to double-check it before you go ahead (which just seems like an unnecessary hassle).

If you deposit GBP with a UK bank transfer, then you won’t be charged any other fees when buying Axie Infinity (AXS) with the Crypto.com app.

You can use a credit or debit card on Crypto.com too. However, UK residents will pay an extra 2.99% in fees to use this payment method.

What is Axie Infinity (AXS)?

The token was founded in 2018 by a Vietnam-based company called Sky Mavis that specialises in creating blockchain-based gaming platforms. Axie Infinity’s (AXS) design was spearheaded by the company’s CEO, Trung Nguyen, and its COO, Aleksander Larsen.

There are currently about 60 million AXS tokens in circulation out of a total possible supply of 270 million. All 270 million tokens should be released by 2026 and most of those tokens will be released through staking rewards.

Here’s a look at how Axie Infinity (AXS) works:

More about the Axie Infinity game

To understand AXS and why it’s valuable, you need to have a solid grasp of what the Axie universe offers.

The Axie universe (formally known as Axie Infinity) is a blockchain game that’s inspired by Pokemon. It lets any player collect and raise digital pets called Axies. Interestingly, Axies are actually a type of ERC-721 NFT (non-fungible token) and each one is completely unique.

Whether you’re a keen gamer or not, it’s hard to argue the popularity of the Axie universe. It’s one of the largest Ethereum-based gaming DApps (decentralised apps) in the world by on-chain volume and it has more than 100,000 unique weekly users.

What are the benefits of holding Axie Infinity?

There are three main benefits of holding AXS tokens:

Additionally, AXS is designed to be a currency within the Axie NFT marketplace.

SLP is also an ERC-20 token, but it’s designed to be the in-game currency for Axie Infinity. It has a much smaller market cap than AXS. You can use SLP to breed new Axies, but it doesn’t give you a governance vote in the Axie universe and it doesn’t offer the potential for staking rewards.

The safest place to store cryptocurrencies like Axie Infinity (AXS) is in a wallet that gives you complete and sole control over your personal keys.

And while you can leave crypto on an exchange if you want to quickly be able to place trades, it’s not a great idea if you’re interested in long term storage.

Axie Infinity (AXS) is an ERC-20 token, so it’s compatible with a wide range of online wallets and multiple popular hardware wallets.

There’s no official AXS wallet, but some of the most popular online wallets that support the token include: 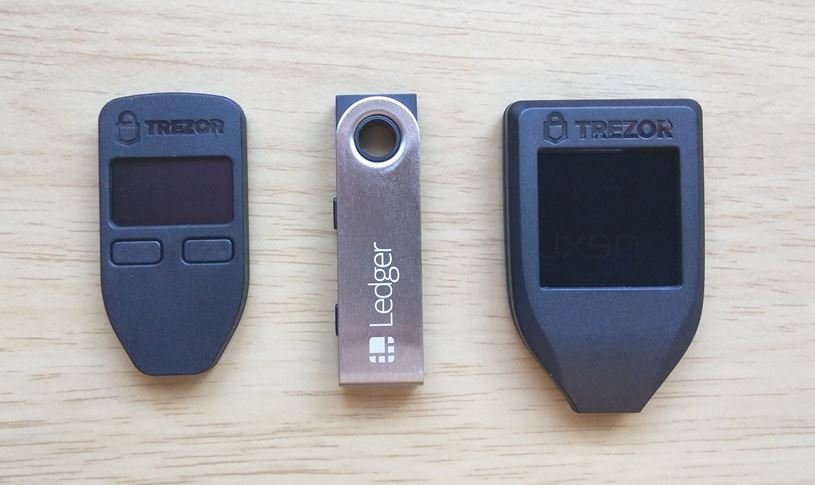 You can also store Axie Infinity (AXS) inside of hardware wallets such as:

The Trezor One is a popular choice if you want an affordable option for secure crypto storage. It supports ERC-20 tokens, including Axie Infinity (AXS). Additionally, AXS is fully supported by Trezor Suite, which is the wallet’s desktop interface.

Find out more about it in my Trezor One review.

Thanks for reading this guide about how to buy Axie Infinity (AXS) in the UK!

Here are some other reviews that you might find useful: