Skip to content
Cryptocurrencies are unregulated in the UK. The value of assets can rise or fall. Profits may be subject to Capital Gains Tax.

The cheapest place I can find where you can buy Band Protocol (BAND) directly with GBP in the UK is Coinbase Pro (max 0.5% fees).

Read on for more information.

Here’s a short table that lists where you can directly buy Band Protocol (BAND) in the UK.

Keep reading for an overview of some of the cheapest options.

How to Buy Band Protocol in the UK 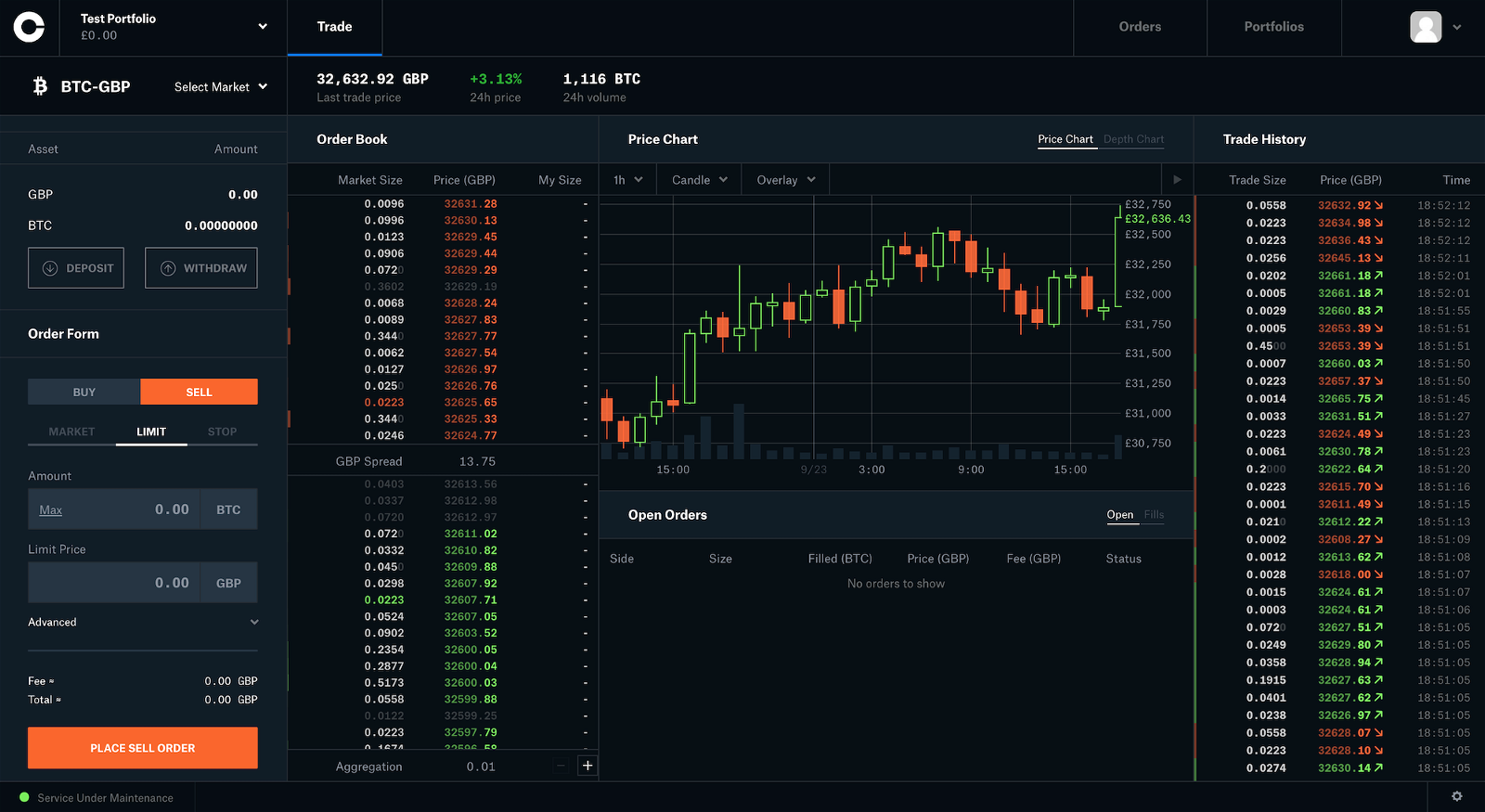 Coinbase Pro is one of the most popular cryptocurrency exchanges around, and the only one that’s listed on NASDAQ (ticker: COIN).

As a UK resident, you can currently use Coinbase Pro to trade more than 50 cryptocurrencies – which includers Band Protocol (BAND).

You can transfer GBP over to Coinbase with a UK bank transfer (via Faster Payments) for free. When I’ve deposited GBP, it’s typically been credited within minutes – but it can take longer.

When trading cryptocurrencies on Coinbase Pro, you’ll then be charged up to 0.5% fees. You can unlock lower trading fees as you trade more using it.

Founded in 2013, CoinJar is a cryptocurrency exchange that allows you to buy Band Protocol (BAND) and many other popular cryptocurrencies – like Bitcoin (BTC), Ethereum (ETH), and Chainlink (LINK).

You can transfer GBP over to CoinJar using a UK bank transfer (via Faster Payments), or instantly buy whatever cryptocurrency you want with a credit/debit card.

You’ll pay a 1% fee if you deposit GBP with a UK bank transfer and buy Band Protocol (BAND) with your cash balance, or 2% if you instantly buy it with a credit/debit card.

This is more expensive than using Coinbase Pro. However, CoinJar’s web interface and mobile app is much more beginner-friendly. It also has much better reviews on Trustpilot.

Established in 2017, BC Bitcoin is a UK-based cryptocurrency broker that allows you to buy Band Protocol (BAND) any nearly any other cryptocurrency. It’s also well-rated on Trustpilot.

Privacy-focused cryptocurrencies, like Monero (XMR) and Zcash (ZEC), are the main exceptions to this.

Although other payment methods are available, you’ll pay the lowest fees if you use a UK bank transfer (via Faster Payments).

The downside? The fees are normally quite high (5% when buying anything that isn’t BTC) and there’s a minimum purchase amount of £250.

But if you register using our exclusive sign-up portal, then you’ll be charged a lower rate of 3% when buying Band Protocol (BAND) with a UK bank transfer (via Faster Payments).

What is Band Protocol (BAND)?

Band Protocol (BAND) is the native token for the Band Protocol, a decentralised data aggregation oracle that powers smart contracts with real-world data.

Technically the token is simply called BAND and the network is called Band Protocol, but many people use the terms interchangeably.

Both Band Protocol and the BAND token were founded by a Thailand-based team of computer scientists spearheaded by Paul Nattapatsiri, Sorawit Suriyakarn, and Soravis Srinawakoon. The network was created in 2017 and its goal is to ensure “interoperability between smart contracts and the rest of the world”.

What makes Band Protocol unique is that it offers a straightforward and cost-effective way to seamlessly integrate real-world data to the smart contracts that power DApps (decentralised apps), particularly in the world of DeFi (decentralised finance). Band Protocol is technically a cross-chain oracle, which means that it can feed data into multiple blockchains.

Cross-chain oracles like Band Protocol are powerful because they let developers code real-world information into their DApps. With an oracle, a developer could integrate price feed data, weather data, sports data or any other information into a smart contract to have it execute only when certain events happen in the world.

Band Protocol was initially developed on the Ethereum network, but it now operates on its own public blockchain called BandChain on the Cosmos network. However, it uses Cosmos’ IBC (Inter-BlockChain Communication Protocol) to communicate with other blockchains.

Anyone that wants to request data through Band Protocol can use BAND tokens, which serve as collateral to the nodes that verify all this data before it’s sent to the correct blockchain. Validators and delegators on BandChain can earn BAND tokens for their work through fees paid to the network.

Here’s a video that gives you a quick overview of how BAND tokens operate within the Band Protocol:


Open “Band Protocol explained in under 5 minutes. (cryptocurrency)” directly
What are the benefits of holding Band Protocol (BAND)?

BAND tokens are integral to the functioning of Band Protocol because they are what’s used to incentivize validators on the network. It also serves as a governance token for Band Protocol.

Most BAND tokens exist on the independent BandChain network, so only BandChain mainnet-supported wallets can store the keys to these tokens. However, there is an ERC-20 version of BAND that’s a holdout from when the Band Protocol operated on the Ethereum network.

It’s critical that you determine which kind of BAND token you have before you attempt to transfer your tokens from an exchange to an external wallet (the addresses of wallets for mainnet BAND tokens start with ‘band’ while ERC-20 wallet addresses start with ‘0x’).

Otherwise, you can lose your tokens forever by sending them to the wrong address.

There is no official BAND token wallet. However, a software wallet that allows you to store both ERC-20 BAND and mainnet BAND tokens is Atomic Wallet. Ledger devices (i.e., Nano S and Nano X) also support both versions of this token.

Atomic Wallet supports BAND token staking and it offers a simple way to convert BAND from ERC-20 to mainnet via ChangeNow. You will need to have Ethereum (ETH) in your wallet to pay for gas fees when converting tokens.

Alternatively, if you simply want to buy and HODL BAND tokens, you can just store the keys to the ERC-20 version of the token on any ERC-20-supported wallet. Popular options include MetaMask, Trust Wallet, Exodus Wallet or Coinbase Wallet.

Thanks for checking out this guide about how to buy Band Protocol (BAND) in the UK!