Looking to buy Injective Protocol (INJ) in the UK?

In this quick post, I go through a few of the cheapest and easiest places where you can get it in the UK.

Ways to Buy Injective Protocol in the UK

Here’s a quick overview of some places where you can buy Injective Protocol (INJ) in the UK.

How to Buy INJ in the UK

Although you can’t directly buy Injective Protocol (INJ) on Kraken Pro, it still works out as one of the cheapest ways to get this token in the UK.

The available markets for Injective Protocol (INJ) on Kraken are:

This means that you’ll have to deposit GBP into Kraken, and then convert it into EUR or USD before you can buy Injective Protocol (INJ).

Fees on Kraken Pro are competitive. You’ll pay maximum trading fees of 0.26% when buying Injective Protocol (INJ) on Kraken Pro. You’ll also be charged up to 0.2% in fees when exchanging between GBP and fiat currencies (like EUR) or stablecoins (like DAI).

When you look at the alternatives out there, Kraken Pro isn’t the easiest thing to use. It’s built more for traders and professionals, rather than everyday people.

Unlike on Kraken, you can directly buy Injective Protocol (INJ) with GBP on CoinJar. It also has a much simpler and easier to use interface – which makes it more beginner-friendly.

CoinJar supports two payments methods in the UK. You can deposit GBP with a UK bank transfer or use a credit/debit card to instantly buy any supported cryptocurrency.

If you deposit GBP with a UK bank transfer, you’ll be charged a 1% fixed fee when buying Injective Protocol (INJ).

If you use a credit or debit card, then you’ll be charged a 2% fixed fee instead. Although that’s double the cost of just depositing with a UK bank transfer, it is competitive when compared to other options out there. 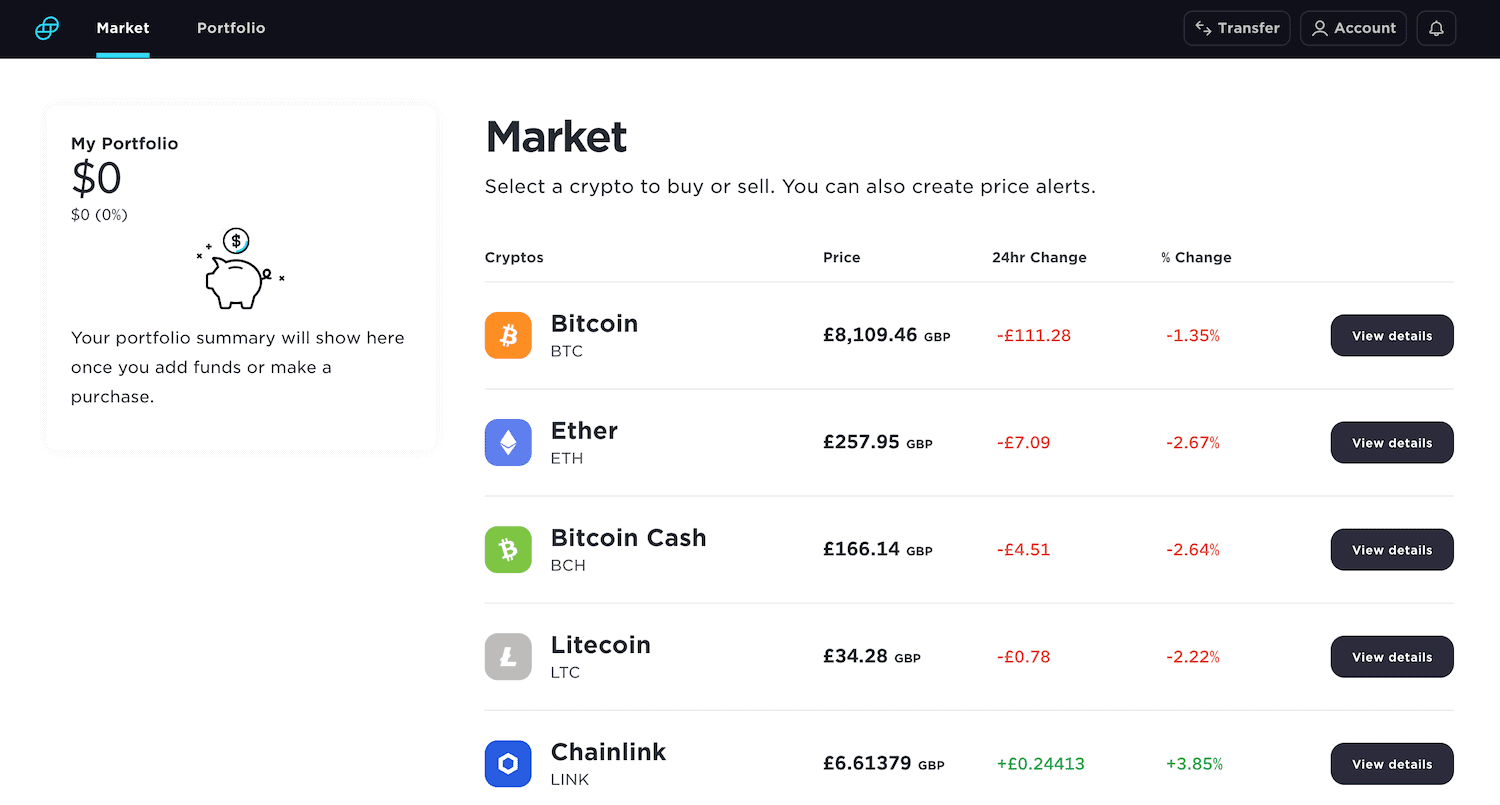 As a UK resident, you can use Gemini to buy Injective Protocol (INJ) and more than 40 other cryptocurrencies.

Like CoinJar, you can transfer GBP over to Gemini using a UK bank transfer or instantly buy whatever cryptocurrency you want with a credit/debit card.

You’ll be charged about 1.99% in fees if you buy at least £150 worth of Injective Protocol (INJ). This is more than twice the cost of using CoinJar. This is also quite a high threshold to get the lowest fees – if you spend less, you’ll be charged higher fees.

And if you use a credit/debit card to buy Injective Protocol (INJ), then you’ll be charged an additional 3.49%.

Although the fees aren’t great, the one advantage of Gemini is that the first 10 cryptocurrency withdrawals every month are free. This isn’t something that’s commonly offered in other places.

Extra: What is Injective Protocol (INJ)?

The protocol and the token were developed by a team at Injective Labs, which was founded by Albert Chon and Eric Chen in 2018. Injective Labs’ mission is to “create a truly free and decentralised financial network for everyone”.

As a result, it can support crypto, perpetuals, derivatives, futures, and synthetics trading on a range of blockchain networks. It processes trades super fast and it has no gas fees despite its native Ethereum compatibility.

There are currently about 43.6 million Injective Protocol (INJ) tokens in circulation out of a maximum supply of 100 million tokens. The rest of the INJ supply will be released through staking rewards.

What are the benefits of holding Injective Protocol (INJ)?

Therefore, Injective Protocol (INJ) provides token holders with governance votes and staking rewards. If you trade on the Injective DEX, you can also access additional collateral methods for derivatives trading using INJ or you can earn rewards for creating market liquidity.

There is no native INJ wallet.

However, because Injective Protocol (INJ) is an ERC-20 token, there are plenty of wallets you can use to store it.

Some of the most popular software wallets that you can use to store the keys to INJ tokens include:

If you’d prefer a hardware wallet, your top options include:

That said, only the Ledger wallet interface, Ledger Live, currently supports Injective Protocol (INJ). You can still store private keys to INJ on Trezor wallets, but you’ll need to use MetaMask or another similar platform to manage your assets.

However, if you want to stake your INJ, you need to transfer your ERC-20 INJ tokens to the Injective Protocol mainnet using the Injective Peggy Bridge. As of the time of writing, you have relatively few wallet options for managing your tokens during this process.

The Injective Staking Hub currently supports staked mainnet INJ tokens from MetaMask and Ledger wallets. You can learn more about how to stake and manage your INJ from your supported wallet in this article.

Thanks for checking out this quick post about how to buy Injective Protocol (INJ) in the UK!