While it’s possible to buy Monero (XMR) directly with GBP (e.g. LocalMonero) it’s not the cheapest way of getting your hands on it (starting from 6% in fees).

For the absolute cheapest rates, you’ll want to buy it on a cryptocurrency exchange (e.g., Binance) with Tether (USDT) or Bitcoin (BTC).

In this post, I’ll outline the BEST places to buy Monero (XMR) if you’re from the UK. 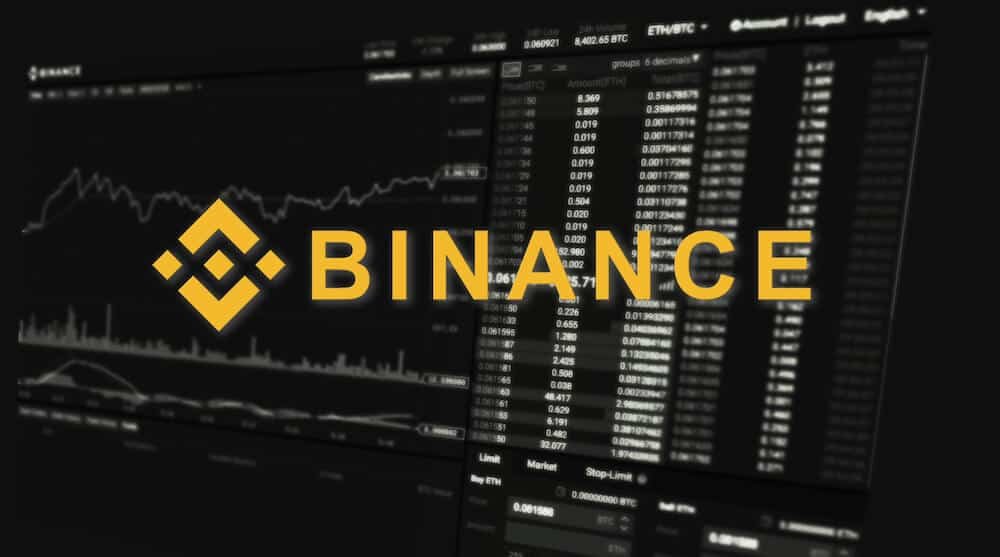 If all you care about is buying Monero (XMR) at the best possible price (i.e., mid-market rate) without paying high fees, then I think Binance is a great choice – and one of the best cryptocurrency exchanges around.

You can’t deposit GBP into Binance with a UK bank transfer and it doesn’t have an XMR/GBP trading pair. This means that you’ll need to use a different cryptocurrency exchange to get GBP into the crypto-ecosystem. While this is the cheapest route, it’s slower and less convenient than the alternatives that I describe later in this post.

Note: There’s a temporary 72-hour hold on funds when you deposit cash into your Kraken account for the first time. This only impacts your first deposit, not subsequent ones.

For UK residents, this is how the process now looks:

In total, you shouldn’t pay more than about 0.46% in trading fees (plus withdrawal fees) if you take this route.

One danger with this route is that the price of Litecoin (LTC) declines while you’re in the process of transferring it from Kraken to Binance.

However, the main advantages of using Litecoin (LTC) to move value between exchanges are Kraken (and other places) don’t tend to charge much to withdraw it (less than a £1 is typical). You tend to pay more to move Bitcoin (BTC) and stablecoins like Tether (USDT) around.

If you don’t want to use Binance to buy Monero (XMR), then there are a few other popular cryptocurrency exchanges where you can exchange Bitcoin (BTC) for it:

You could also use ‘instant’ cryptocurrency exchanges like Changelly or ChangeNOW. Both of these places (and other places like them) allow you to more easily exchange cryptocurrencies like Bitcoin (BTC) or Litecoin (LTC) for Monero (XMR).

The downside? They tend to work out quite expensive.

At the time of writing this update, I was quoted prices that were about 2% higher than the exchange rate on Binance (this is variable, so it might be lower or higher when you check). You won’t have to pay an XMR withdrawal fee, but it’s still more expensive than just transferring it over to a cryptocurrency exchange.

You can also use Cake Wallet (an open source multi-crypto wallet which supports XMR) to very easily exchange Litcoin (LTC) or Bitcoin (BTC) for Monero (XMR). But because this is powered by ChangeNOW, you’ll be charged about the same fees. It’s super convenient though.

What popular exchanges do not allow you to buy Monero (XMR) in the UK?

Here are a few popular places where you can’t buy Monero (XMR) in the UK: 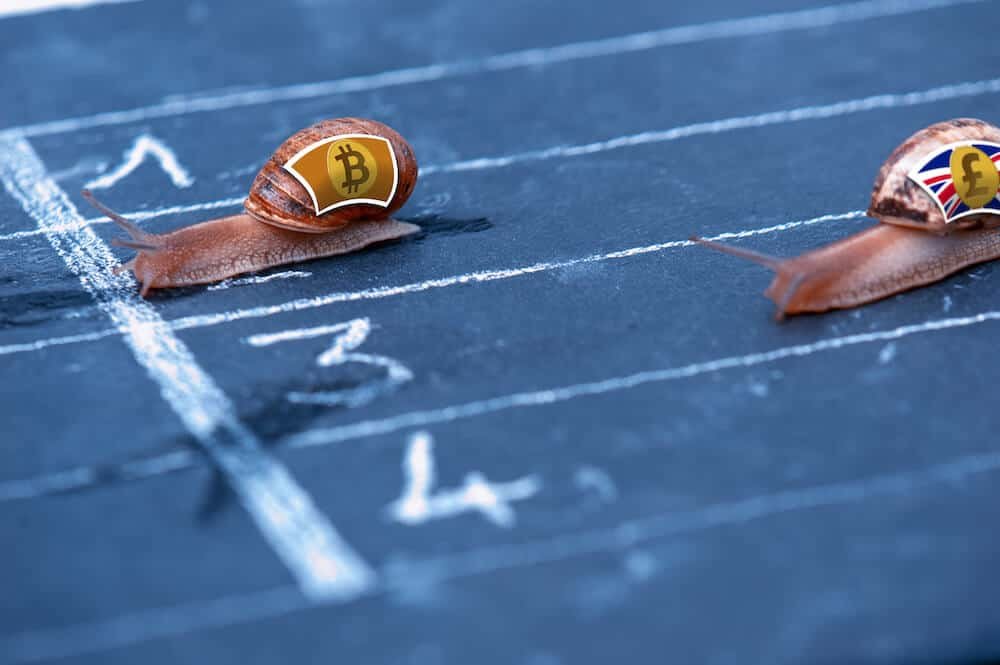 I couldn’t find any cryptocurrency exchange that had XMR/GBP pairs.

However, it is possible to use LocalMonero.co to buy Monero (XMR) directly with GBP. But keep in mind: You’ll pay a significant premium over the mid-market rate that’s quoted on cryptocurrency exchanges like Kraken.

When I checked, I was quoted prices that were about 6% higher than the mid-market rate to buy Monero (XMR) with GBP via a UK bank transfer.

Unfortunately, it seems that you’ll need to verify your identity with sellers to access the best rates. You can find sellers who don’t require ID, but you’ll pay higher rates.

If you want the absolute cheapest rates, then I’d buy Monero (XMR) using Tether (USDT) or Bitcoin (BTC) on Binance.

It might take an hour or two to complete this process, but you’ll be able to buy Monero (XMR) at the real exchange rate without paying more than about 0.5% in trading fees.

You could use something like LocalMonero.co. However, you’ll be charged a premium (about 6% in fees when I checked). This offers a little bit of extra convenience, but you’ll still need to verify your identity to access the best rates on this P2P marketplace.

I don’t think the little bit of extra convenience is worth it, but the option is there if you want to use it.

What is Monero (XMR)?

It was created in 2014 by a group of seven anonymous developers. Monero got its start with a 2014 fork of Bytecoin. Both Monero and Bytecoin were created on CryptoNote, an application layer protocol that was first described in a whitepaper by Nicolas van Saberhagen (a presumed pseudonym).

To learn more about how Monero (XMR) works, check out this video:

How does Monero (XMR) work?

Monero (XMR) lets anyone send or receive crypto without having to disclose their wallet address, the address of their transaction partner, or the value of the transaction.

This is how it’s made possible:

Additionally, to help obscure your IP address when you send and receive XMR, the Monero network is compatible with Tor. This is important as it reduces the chances that a public address could be traced back to a user’s computer.

All of these different features give Monero (XMR) an edge privacy-wise over cryptocurrencies like Bitcoin (BTC) and Litecoin (LTC).

Although both Bitcoin (BTC) and Litecoin (LTC) public addresses are technically “anonymous,” all transactions on both networks are recorded on publicly available blockchains. Anyone with the right time and resources could connect transactions back to a single person.

On the other hand, Monero’s privacy features make tracking transactions back to an individual very difficult, if not impossible, if you do your due diligence to protect your private keys and true public addresses.

Monero (XMR) was designed specifically with privacy in mind and it has a lot of features that make it more private than other similar coins like ZCash (ZEC) or Dash (DASH).

The biggest advantage of Monero (XMR) over other privacy coins is that Monero forces all transactions to be private.

Meanwhile, most ZEC transactions (approximately 99%, to be specific) are processed publicly. According to one group of researchers, the vast majority of ZCash (ZEC) transactions are actually traceable (even if you make a private transaction).

There are also ways to make your XMR transactions more secure, such as by using Tor or a VPN to obscure your IP. It’s also important that you do your due diligence to protect your private keys and to avoid associating your name with your real Monero public address on the internet so no one can trace your transactions.

One thing that I really like about Monero is that the network is frequently updated and improved to ensure user privacy. But, as is the case with anything crypto-related, the steps you take to protect and anonymise your own online activity will go a long way toward keeping your transactions private.

There’s no official Monero (XMR) wallet, but it’s supported by a number of popular hardware and software wallets.

The Monero community developed an open-source desktop wallet called the Monero GUI Wallet that you can use to send and receive XMR.

If you’d prefer to use a multi-currency software wallet instead, you have plenty of options to choose from, such as:

However, keep in mind that some third-party XMR wallets may not offer the same privacy features as the Monero GUI Wallet. If keeping your transactions completely private is important to you, do your research so you know the risks associated with using third-party wallets before you start sending and receiving XMR.

Prefer a hardware wallet instead?

To manage your XMR using a Trezor or Ledger device, you will need to connect them to the Monero GUI Wallet (as you can’t access them via Ledger Live or Trezor Suite).

What Do You Think?

Thanks for checking out this guide to buying Monero (XMR) in the UK.

Have a question? Or want to share other places where you can buy Monero (XMR)?

Let us know in the comments below!