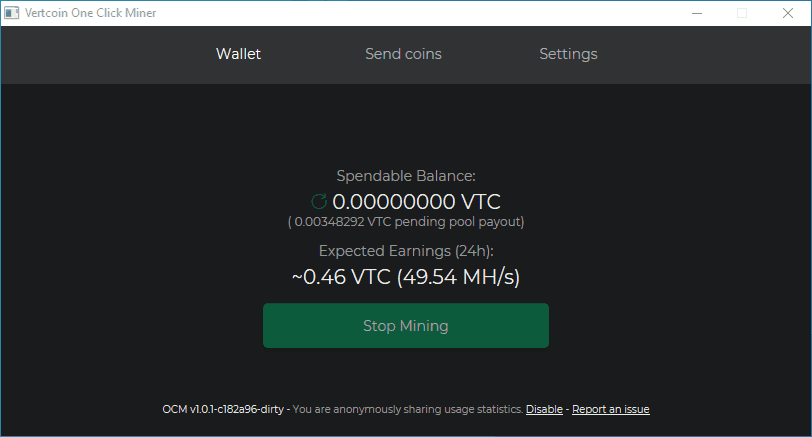 How Much Vertcoin Will I Earn?

In other words, how profitable is it to mine Vertcoin?

To find out this, plug your details into this. You’ll need your:

This shows your estimated VTC rewards (labelled ‘Est. Rewards’) and your Profit (in $). As long as your profit isn’t negative, it’s financially viable to mine Vertcoin (VTC).

Start by downloading the latest version of the 1-click miner from the official GitHub repository. 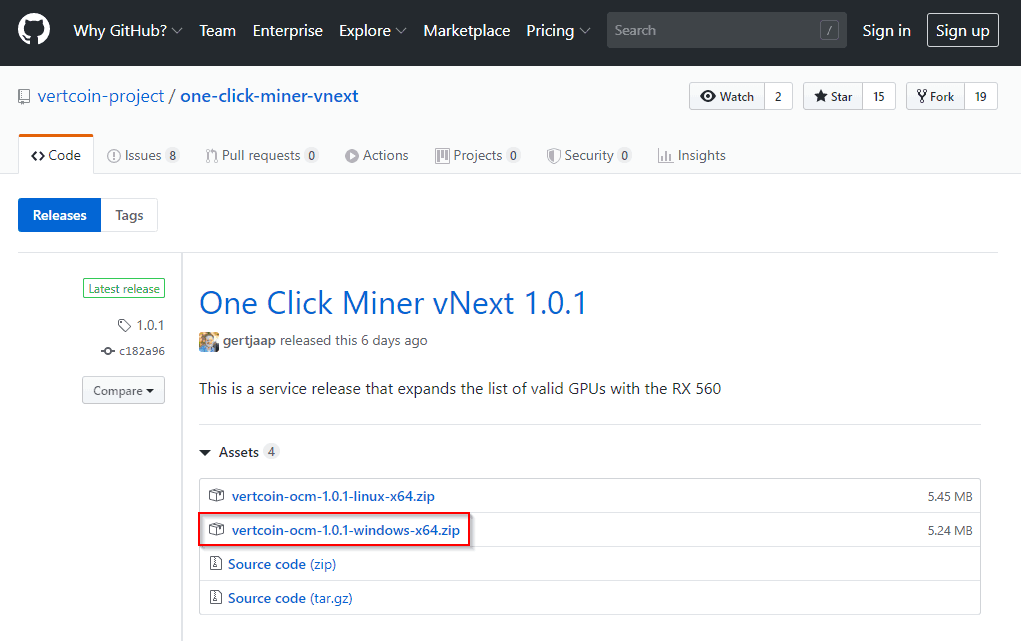 Find this .zip file in your Downloads folder. Open it up with something like 7zip and move the application named ‘vertcoin-ocm.exe’ to your desktop (or anywhere else you want to keep it) and rename it if you want too. Then you just need to double-click this .exe to start-up the one-click miner. No installation is required to get started.

You might see something like this when you run it. Anti-virus programs like Windows Defender will flag all cryptocurrency miners and it’s nothing to worry about if you’ve installed this from an official source. You won’t see this warning again after the 1st time. 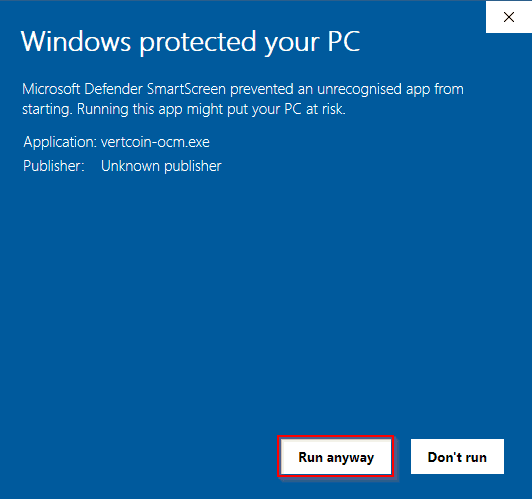 You should see something like this. Insert a unique password (ensure you keep that somewhere safe) and then select ‘start mining!’ 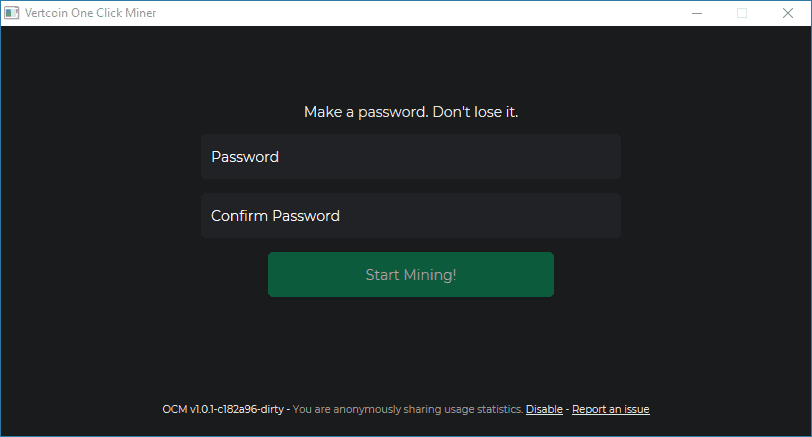 It’ll then start mining Vertcoin (VTC). You should see something like this, but the numbers will depend on how powerful your graphics card is. 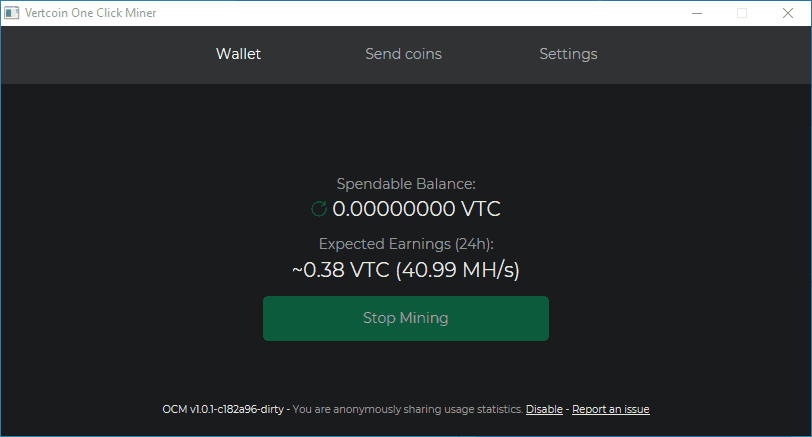 Vertcoin’s one-click miner has a built-in wallet, but you can send any Vertcoin (VTC) that you’ve mined to a different wallet by going to the ‘send coins’ tab and putting in the destination address and the password you set up earlier. 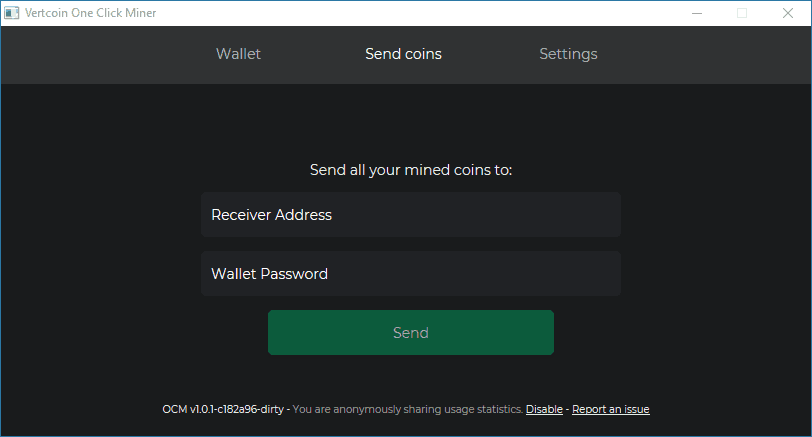 Everything about the one-click miner is handled for you, but a few settings can be changed in the ‘settings’ tab. 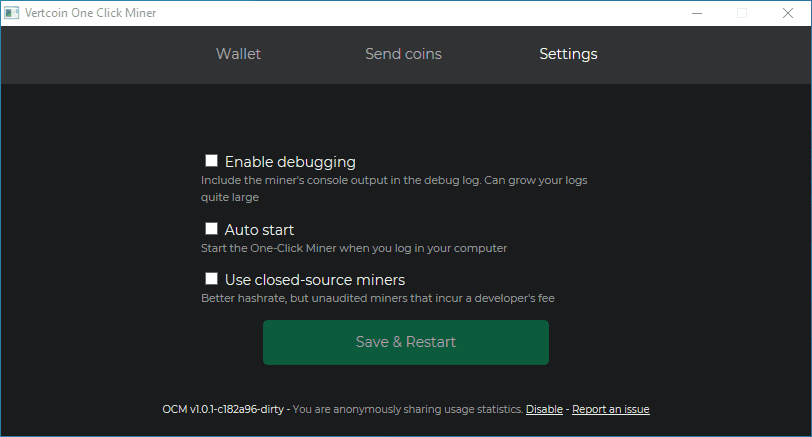 If you’re having issues, you’ll be able to find help in the following places:

Did I miss something? Or did I make a mistake?

Let me know in the comments below.

I’m looking to improve this post over time, so I appreciate any input from readers!